Humans Viewed as a Threat

Humans Viewed as a Positive Part of the Environment 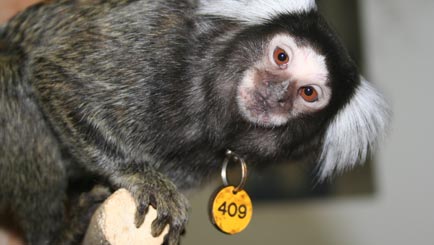 Getting Marmosets Used to You

Important: to control spread of infection from humans to marmosets appropriate precautions should be taken - wear barrier gloves at all times. Avoid being in close contact if you have a respiratory infection or cold or at least wear a face mask. Marmosets may die if they come into contact with the cold sore virus (Herpes simplex). For further details see the EAZA Husbandry Guidelines – section 2.7.11, 2.7.12